How are memory traces coordinated in the brain?

How do brains generate representations of our experiences? Encoding and retaining experience based memory (episodic memory) is thought to rely on an interplay between hippocampal and neocortical areas.

Current theories suggest that while the hippocampus initially stores memories of new experiences, in the long-term memories are transformed into memory traces that are distributed throughout the neocortex. This transfer involves an intermediate brain region called the entorhinal cortex.

Because of its input from the hippocampus and wide ranging projections to cortical systems, the entorhinal cortex might play a pivotal role in the formation and coordination of cortical memory networks.

However, organising principles for distribution of entorhinal projections to the cortex have not been established and how these projections play roles in the formation and shaping of cortical network activity is unknown. We investigate these unknowns at a circuit level using advanced anatomical, electrophysiological, optogenetic and live imaging methods.

Aim 1. Establishing principles for the organization of projections from the entorhinal cortex.

Aim 3. To determine the influence of entorhinal cortex on cortical activity during learning.

We combine genetics with advanced molecular techniques to trace brain-wide projections of single or populations of neurons in 2D and 3D.

Pseudo-colored cell layers of the Entorhinal cortex demonstrating the diversity of cell types in the entorhinal cortex. Our image featured as the cover image of Neuron

We use patch-clamp electrophysiology and optogenetics to study communication between genetically identified neurons. 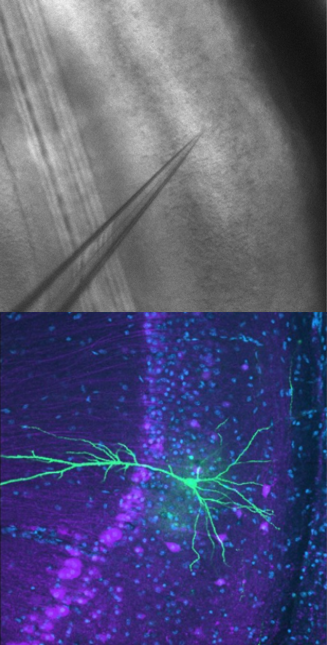 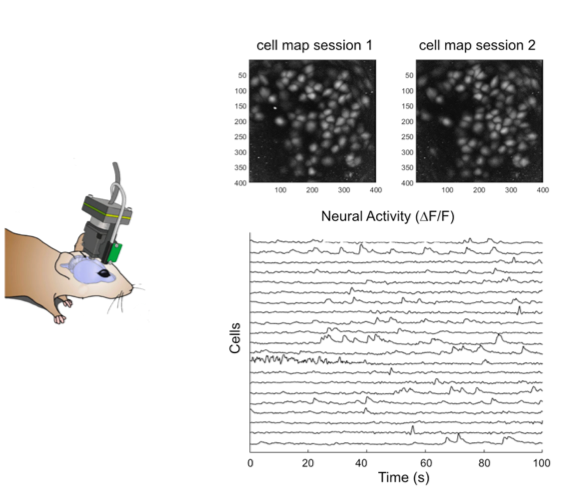 We combine calcium imaging and electrophysiology with hippocampal dependent memory tasks to assess the functional role of identified neurons or pathways using chemo-genetic or optogenetic manipulations.

We use head mounted miniaturized microscopes for imaging calcium activity in genetically identified neurons in collaboration with Benjamin Grewe’s group in Zurich.